After having road tripped over to Snowdonia for the first Where’s Mollie Global Travellers event, I found myself with a whole extra day to spare in North Wales. I had heard of Portmeirion several times from friends who had visited and told me that I had to go because it was basically me in a village, so I decided it was finally time to visit for myself, and boy was I glad that I did! 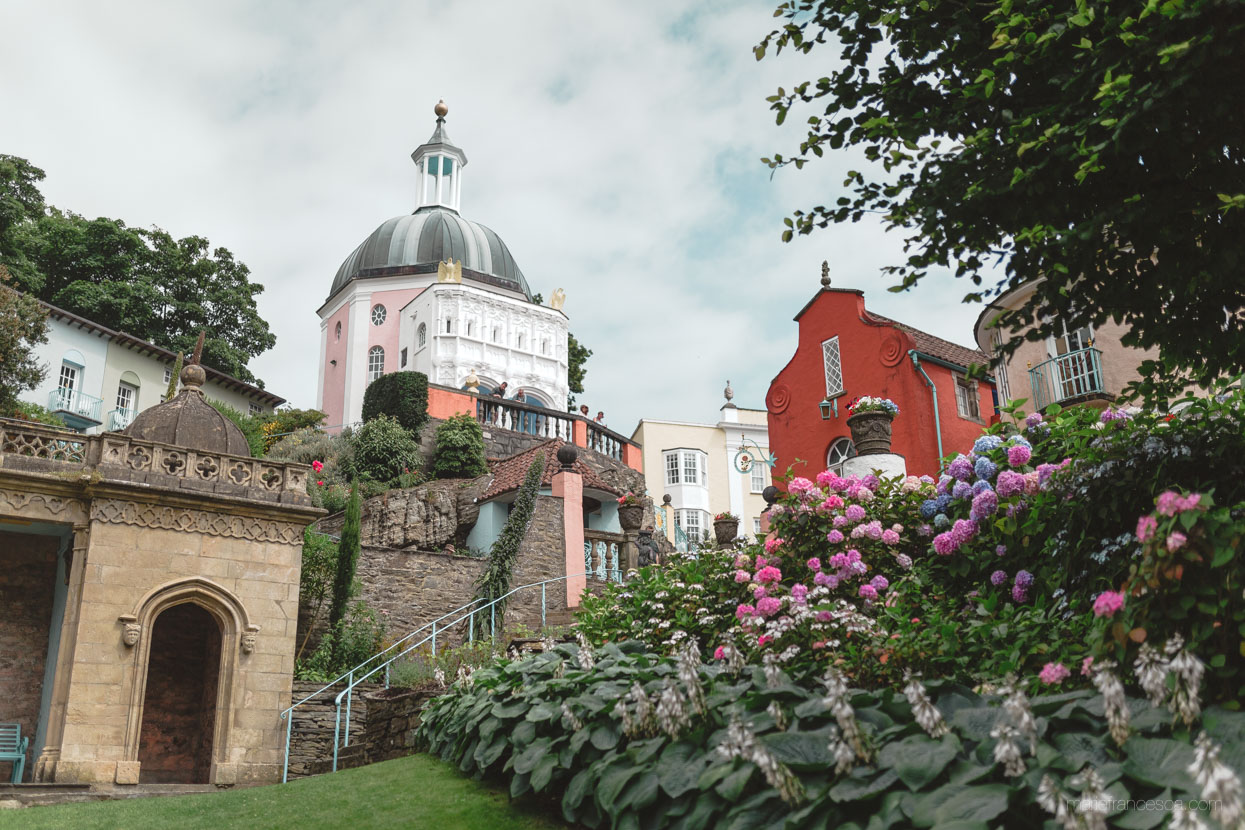 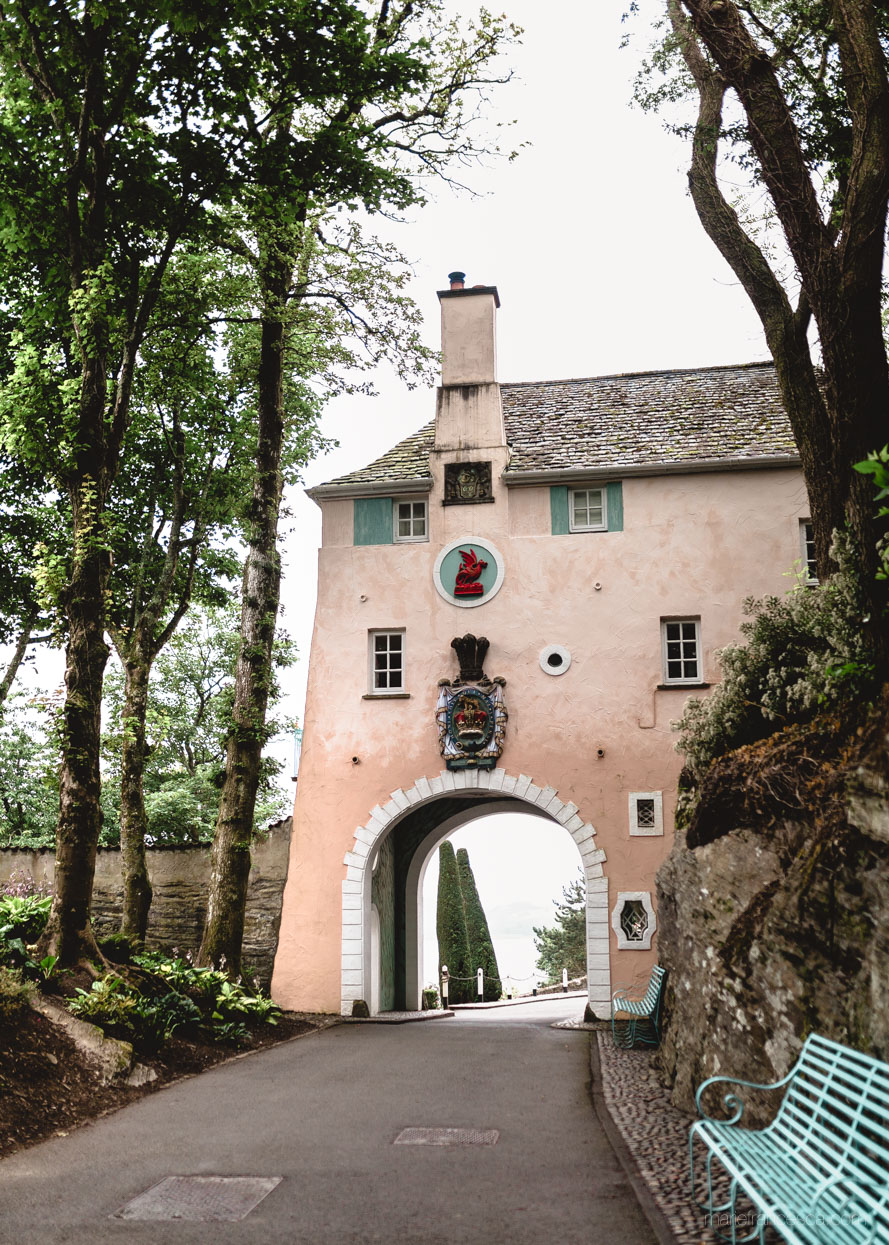 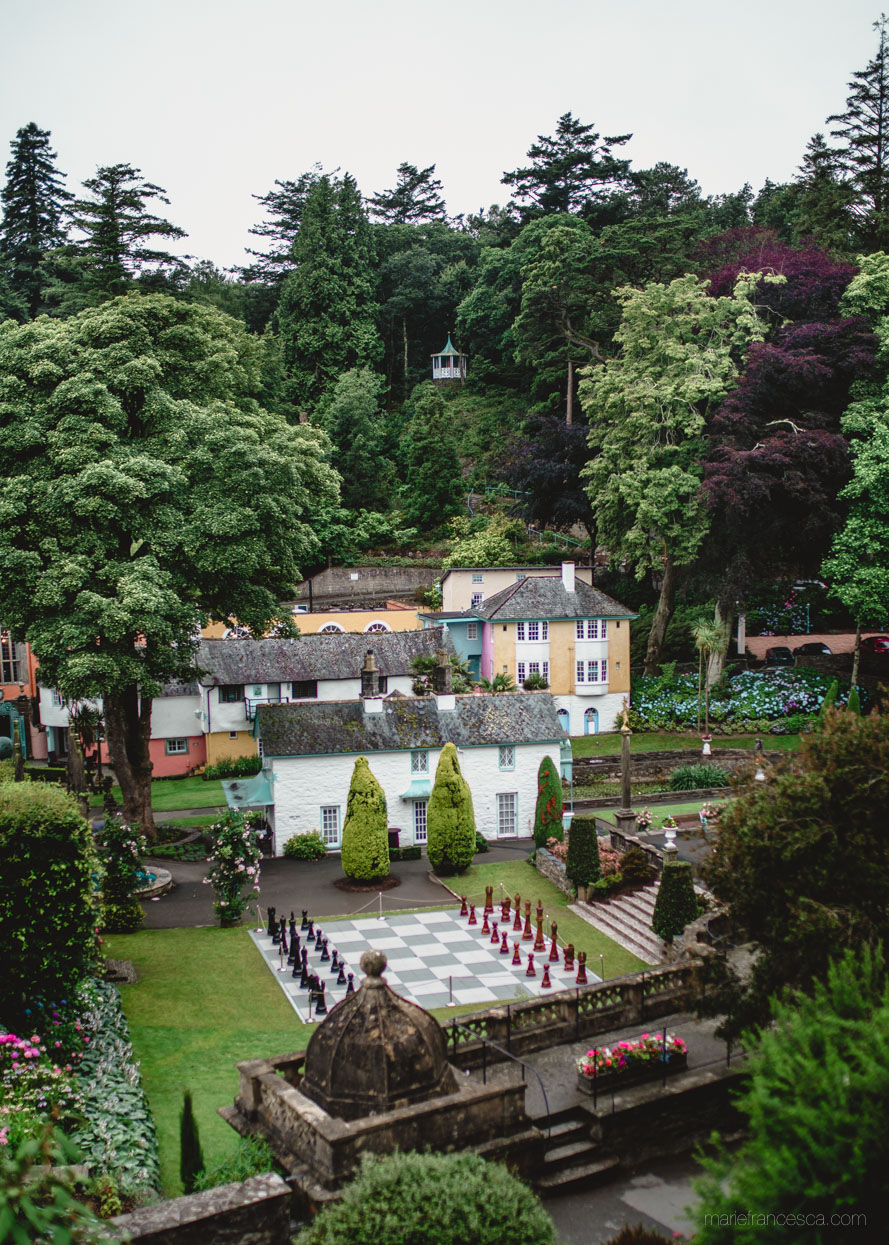 A colourful coastal village of vibrant Italian-inspired cottages just on the edge of Snowdonia National Park, Portmeirion was designed by architect Clough Williams-Ellis in the mid twentieth century. He wanted to illustrate how adding buildings could enhance the beauty of the natural landscape rather than ruin it, which I would certainly say that he managed to do. 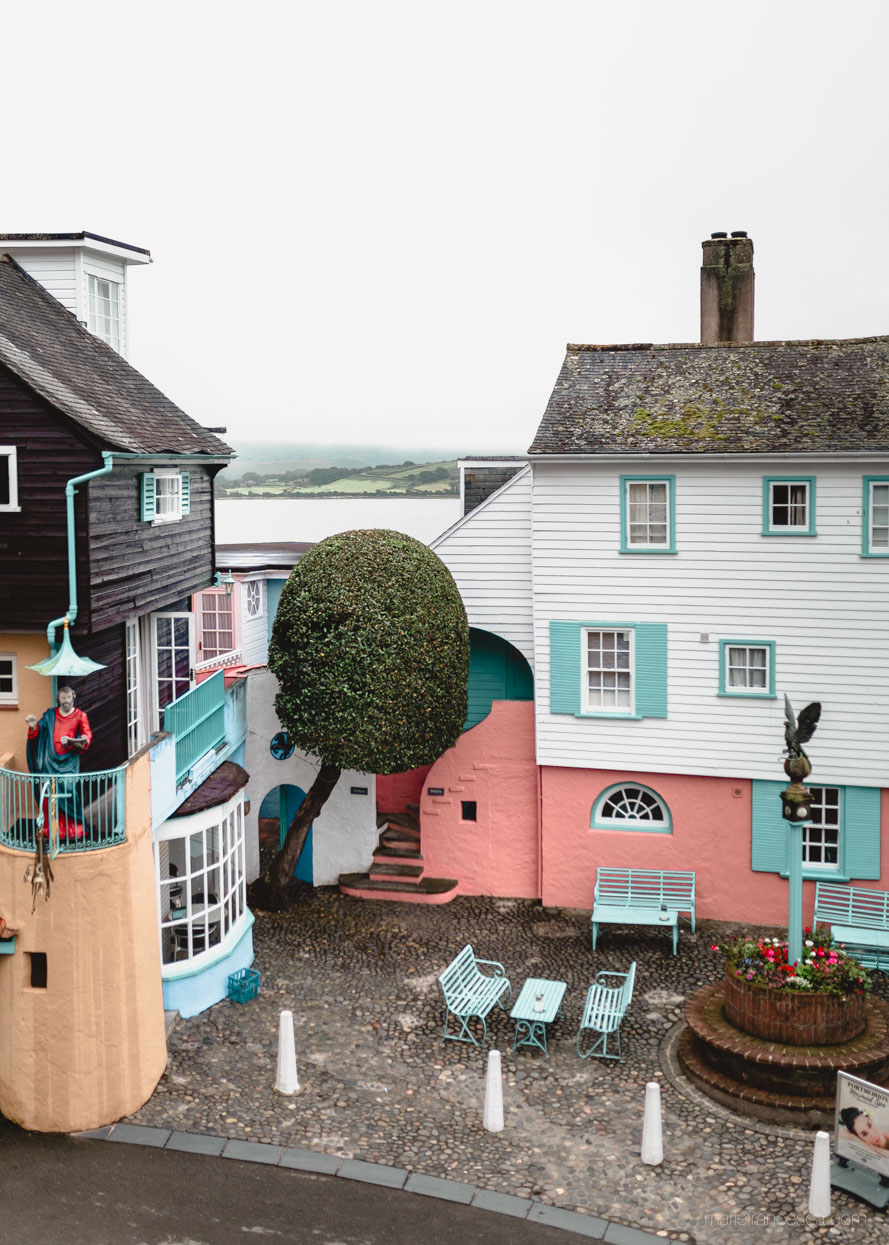 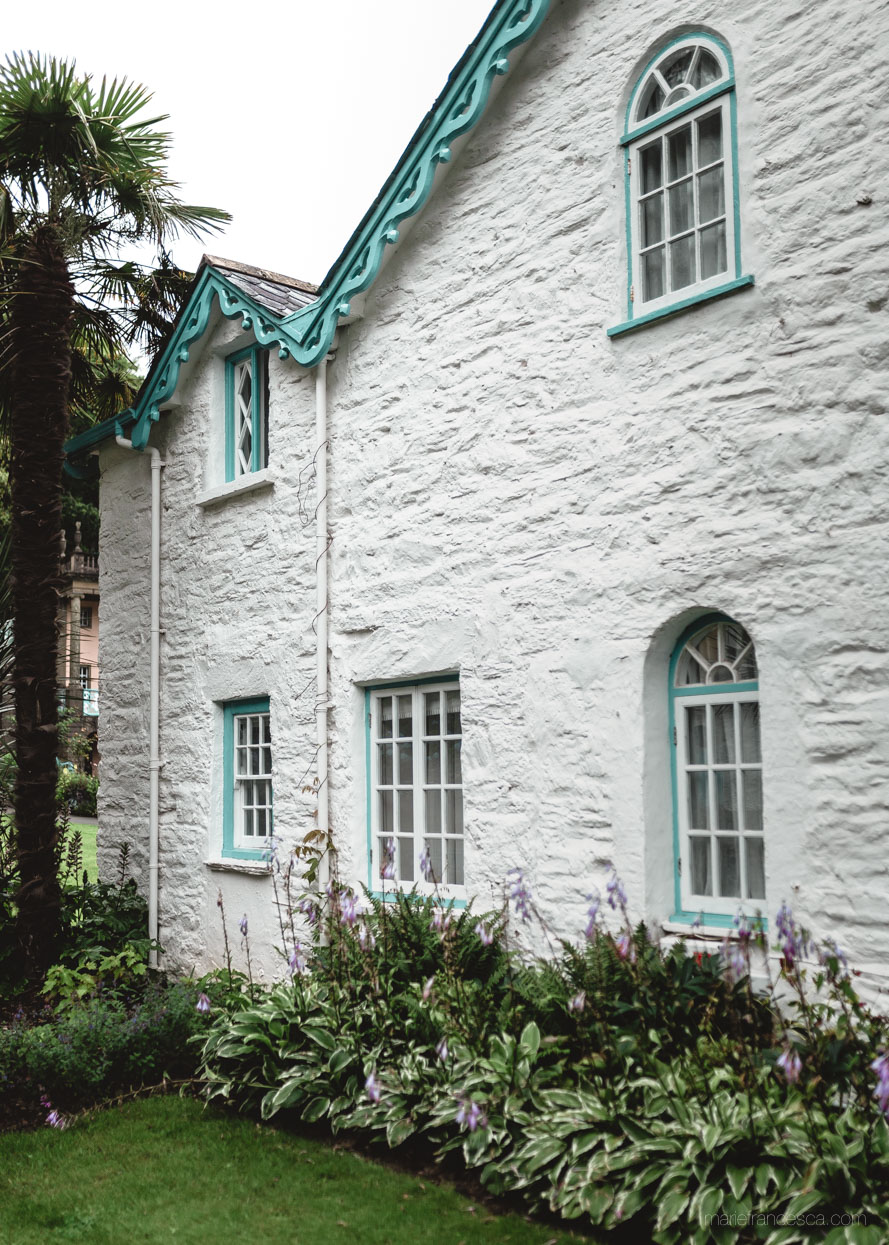 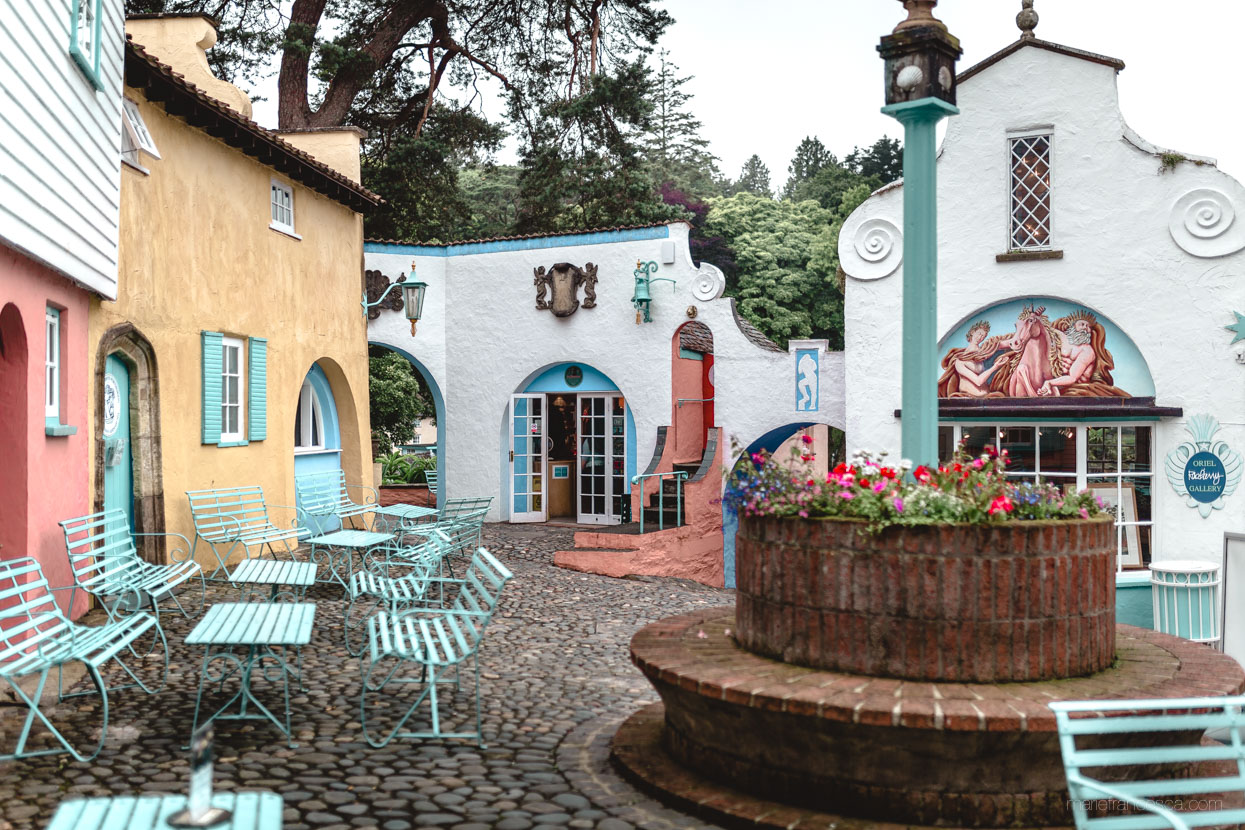 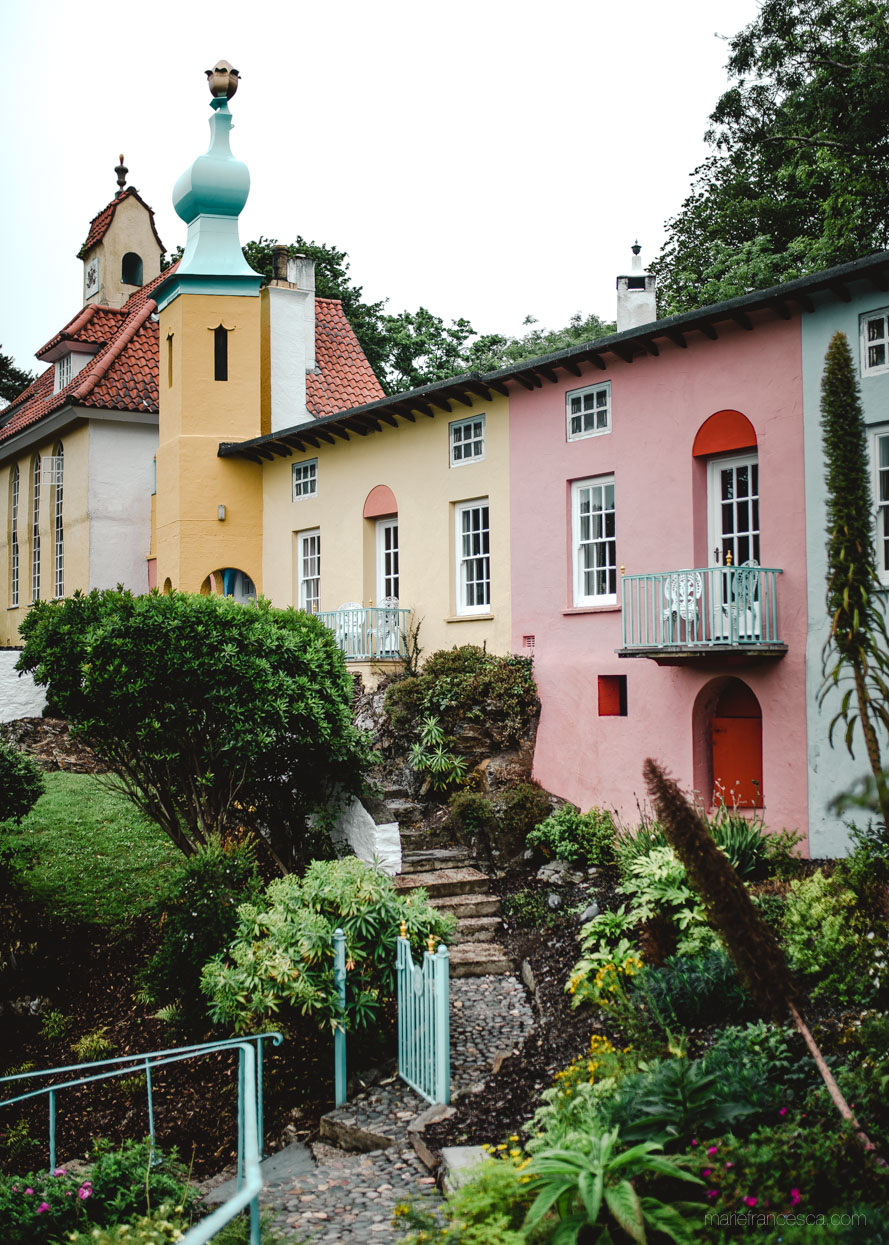 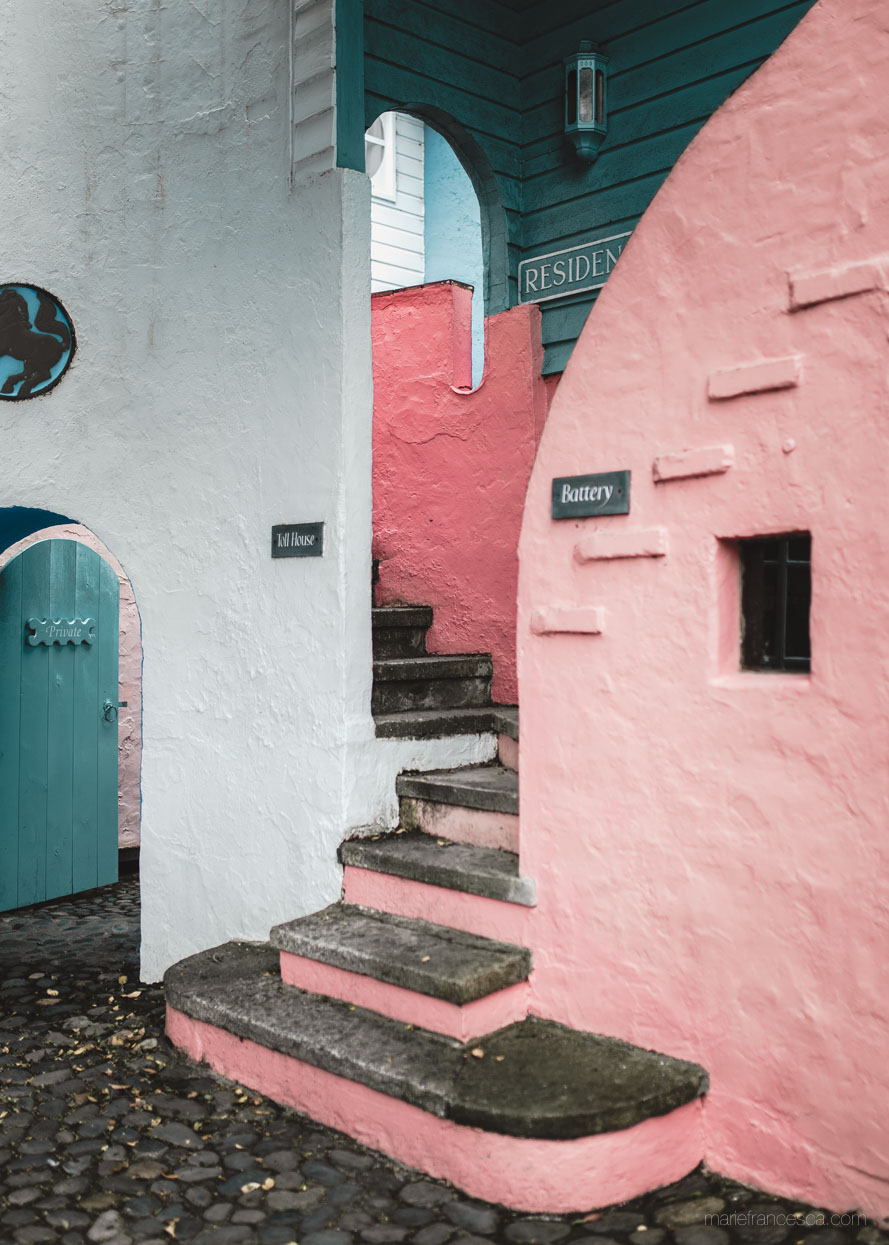 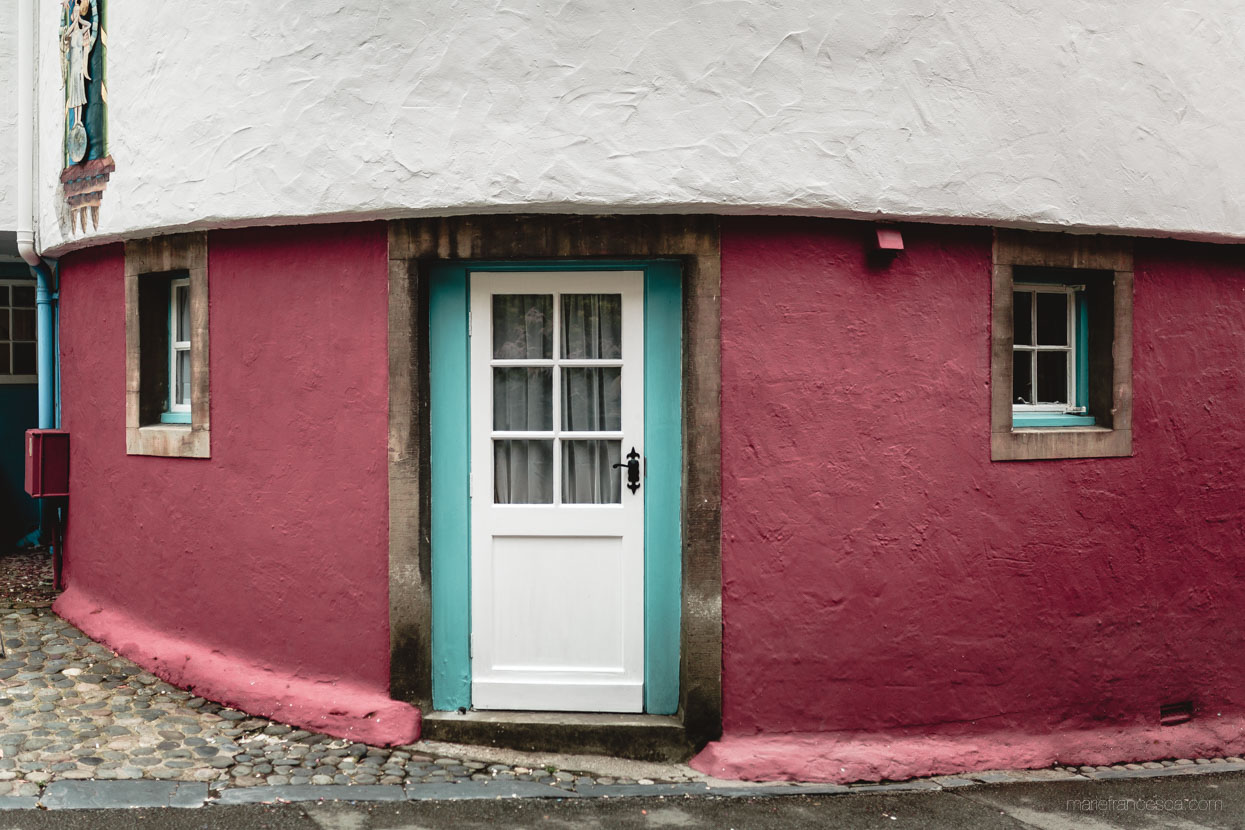 I arrived early on a sleepy Sunday morning (just after the village had opened to day visitors), so I was able to explore and take some cute pictures before many of the villagers had woken up. I thought the buildings themselves looked like something imagined from a storybook and were also framed beautifully by the perfectly pruned gardens and heaps of hydrangeas – the blobs of blue, pink and purple made me feel like I was in some sort of Dreamworks movie. The houses were all super colourful and the little cobbled pathways winding through the village were adorable – there was even a wedding happening as I wandered past the town hall. The giant chess set, big bright flowers and the keyhole-shaped archways gave the whole place a bit of an Alice-in-Wonderland vibe which I loved. 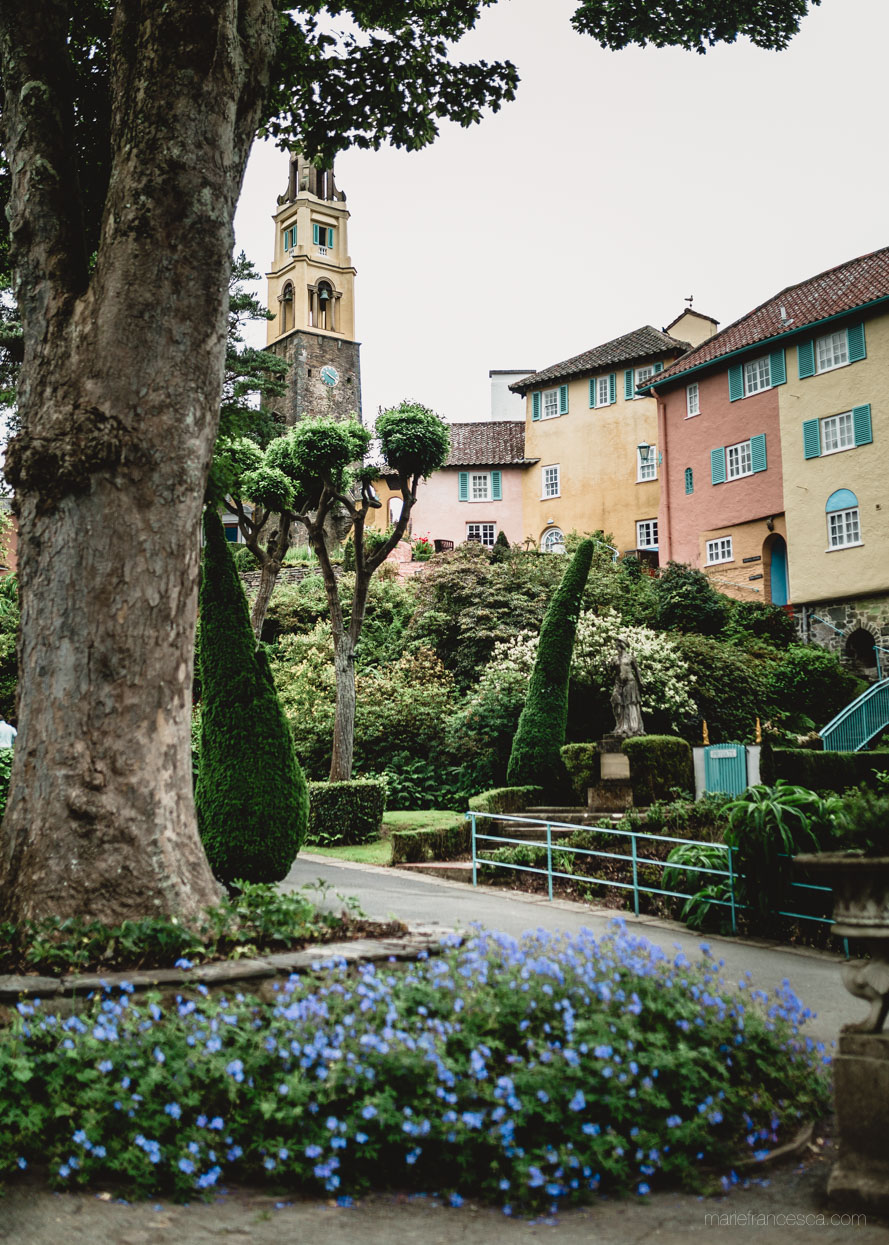 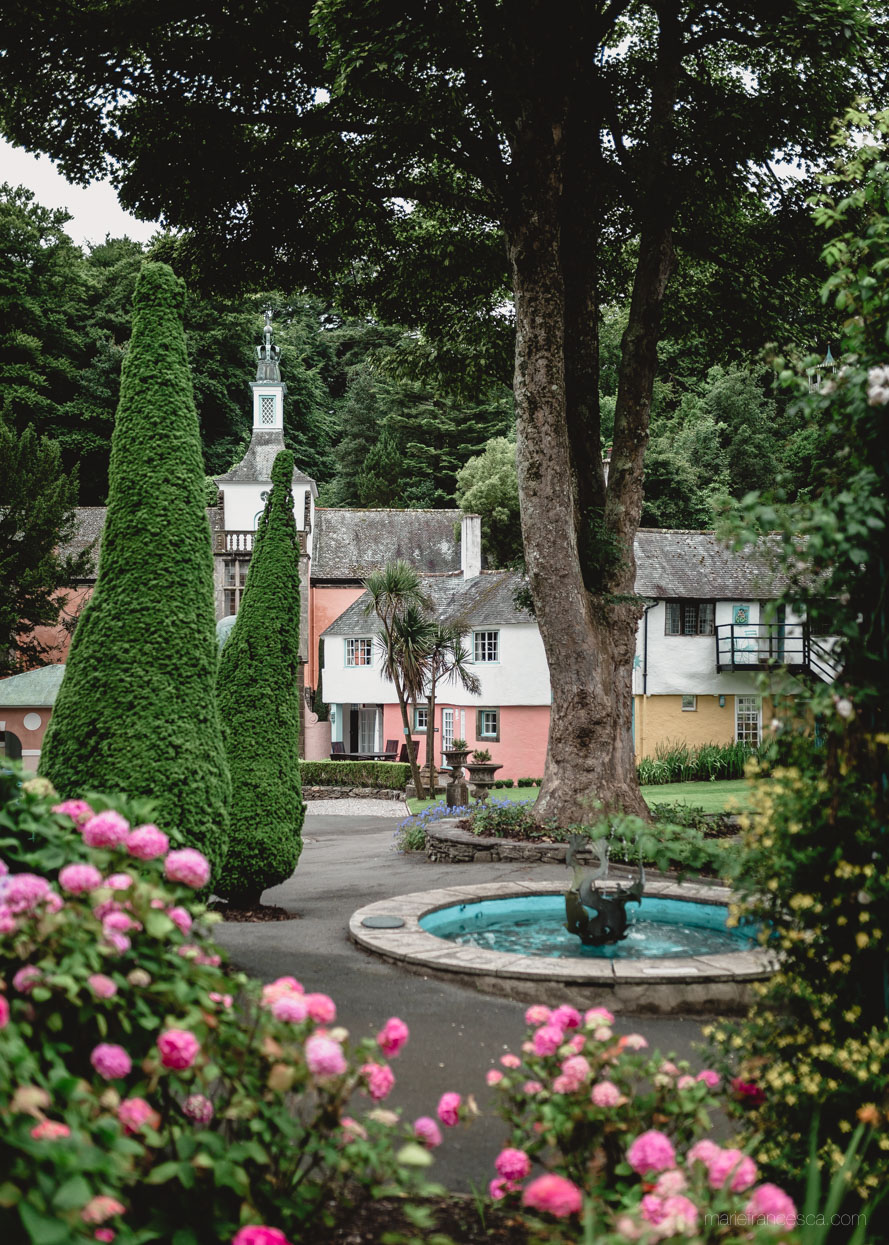 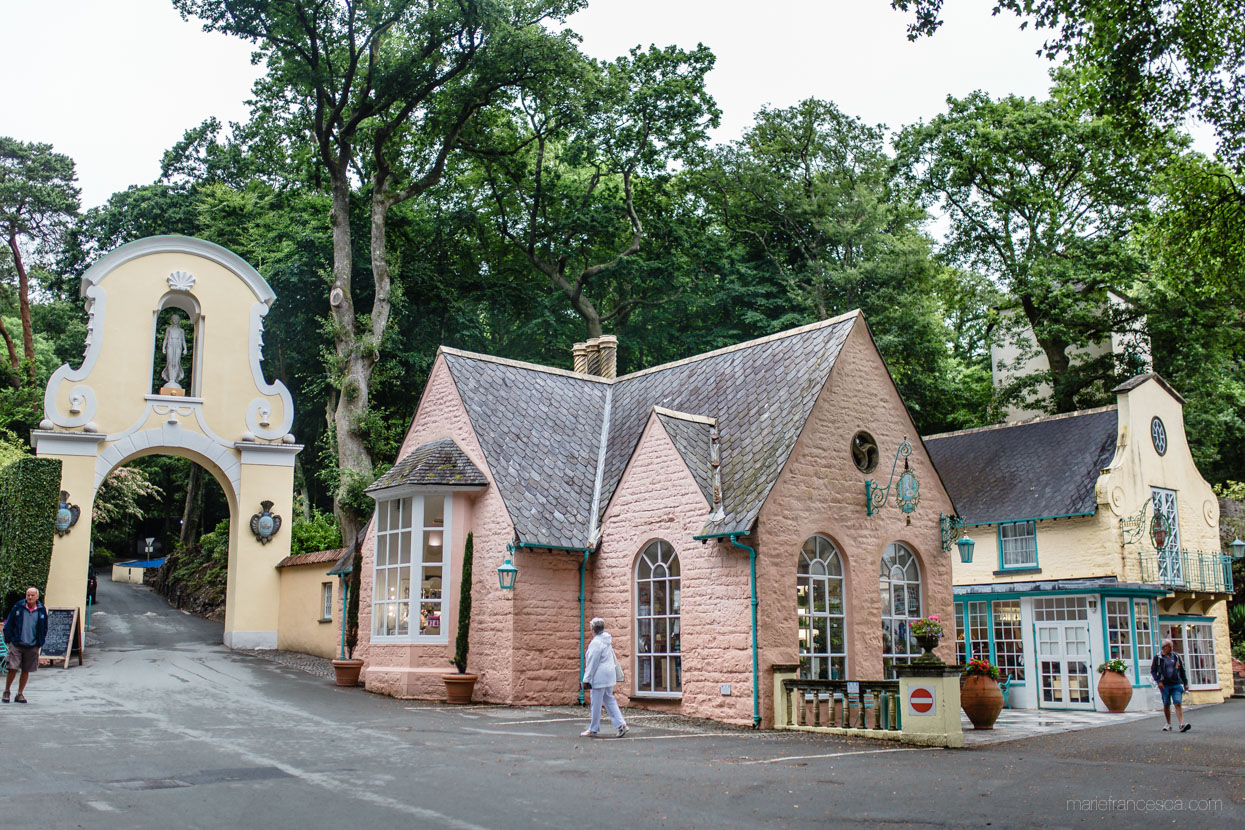 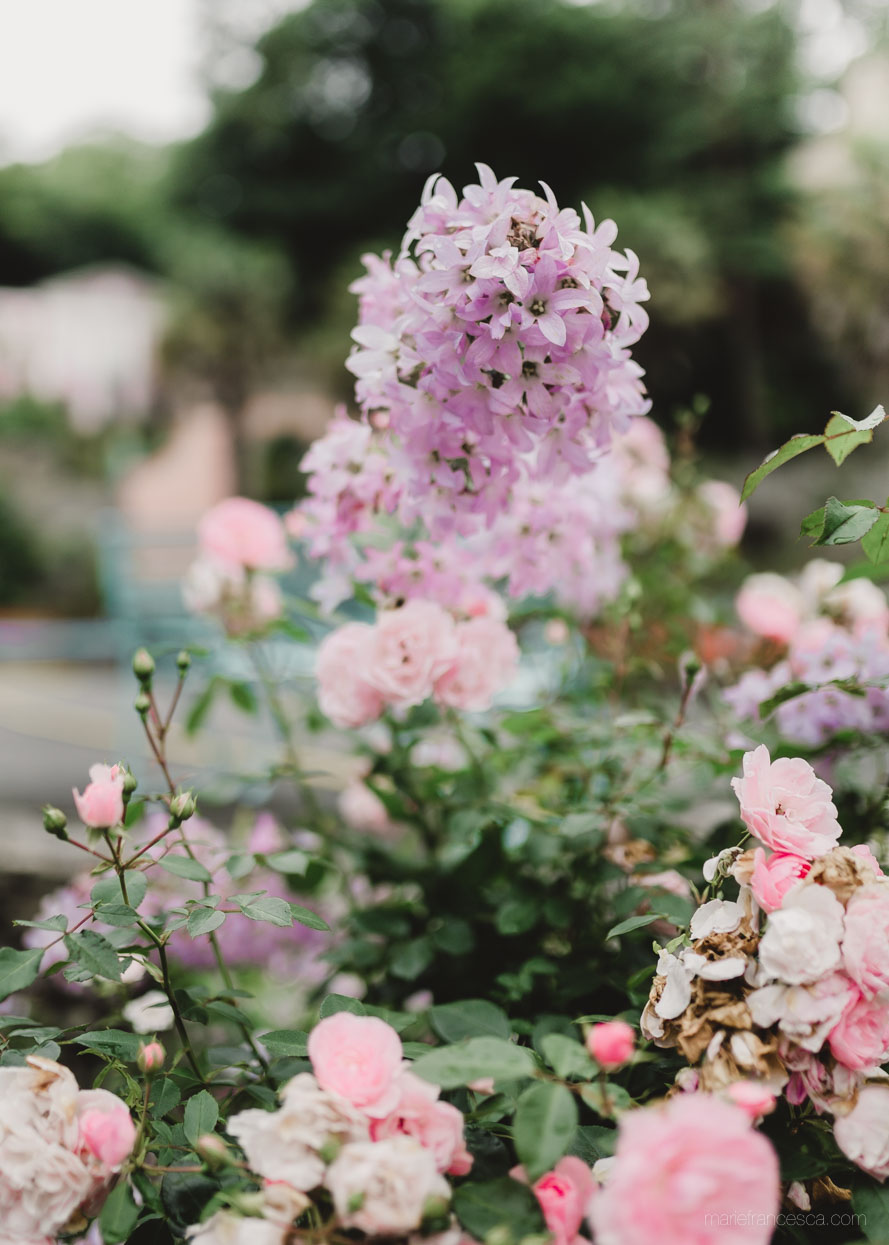 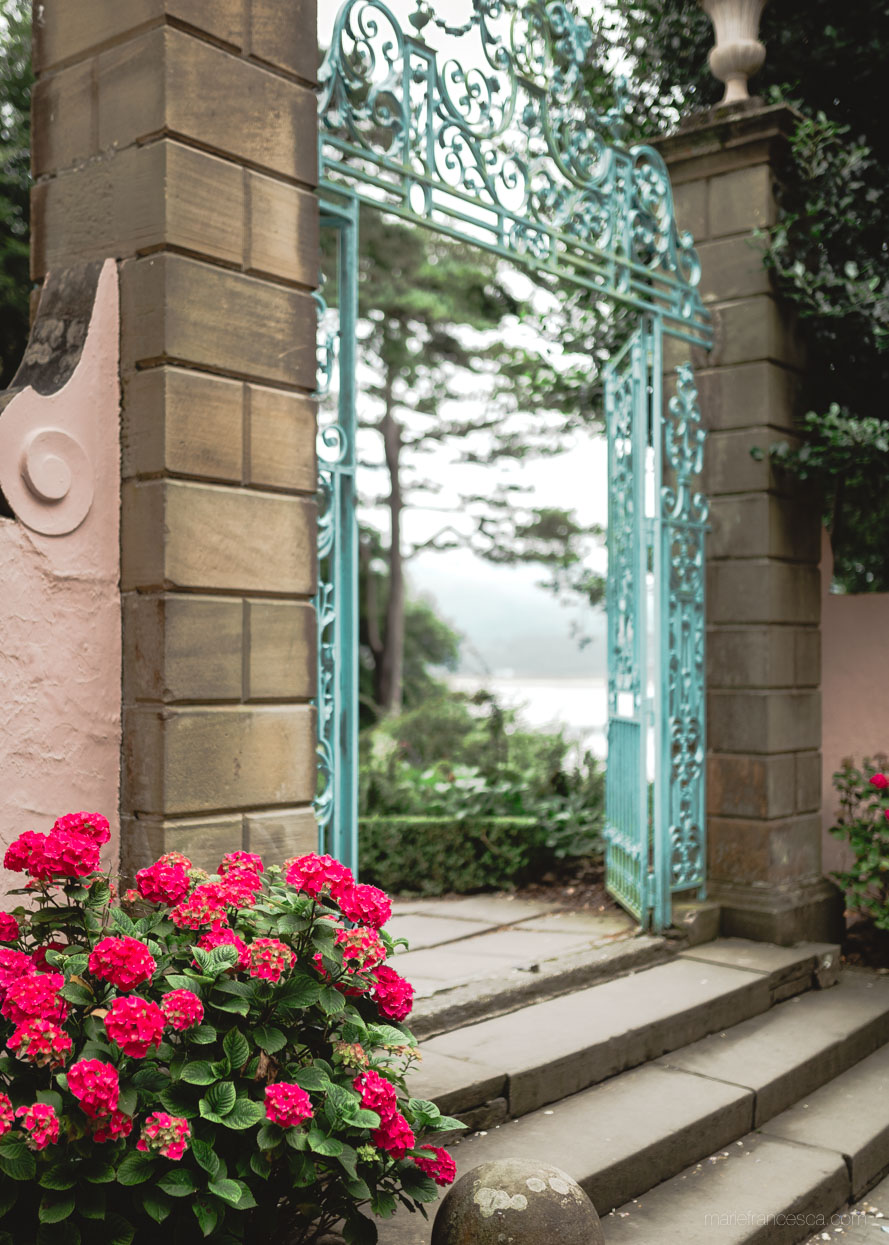 The majority of the buildings are all in and around the main town square, so it’s really easy to get around and explore. There are some small gift shops, cafes (where I had the best jacket potato of my life), ice cream shops and a little pottery shop if you want to check out the famous Portmeirion pottery. You can head into the woods in search of a cute gazebo up on the hill, the Japanese Bridge and the Lighthouse if you follow the coastal path along the water’s edge. If you’d like to visit the woods in style, they also had a road train which was taking people on a loop tour up to the gazebo and around the Chinese Lake. 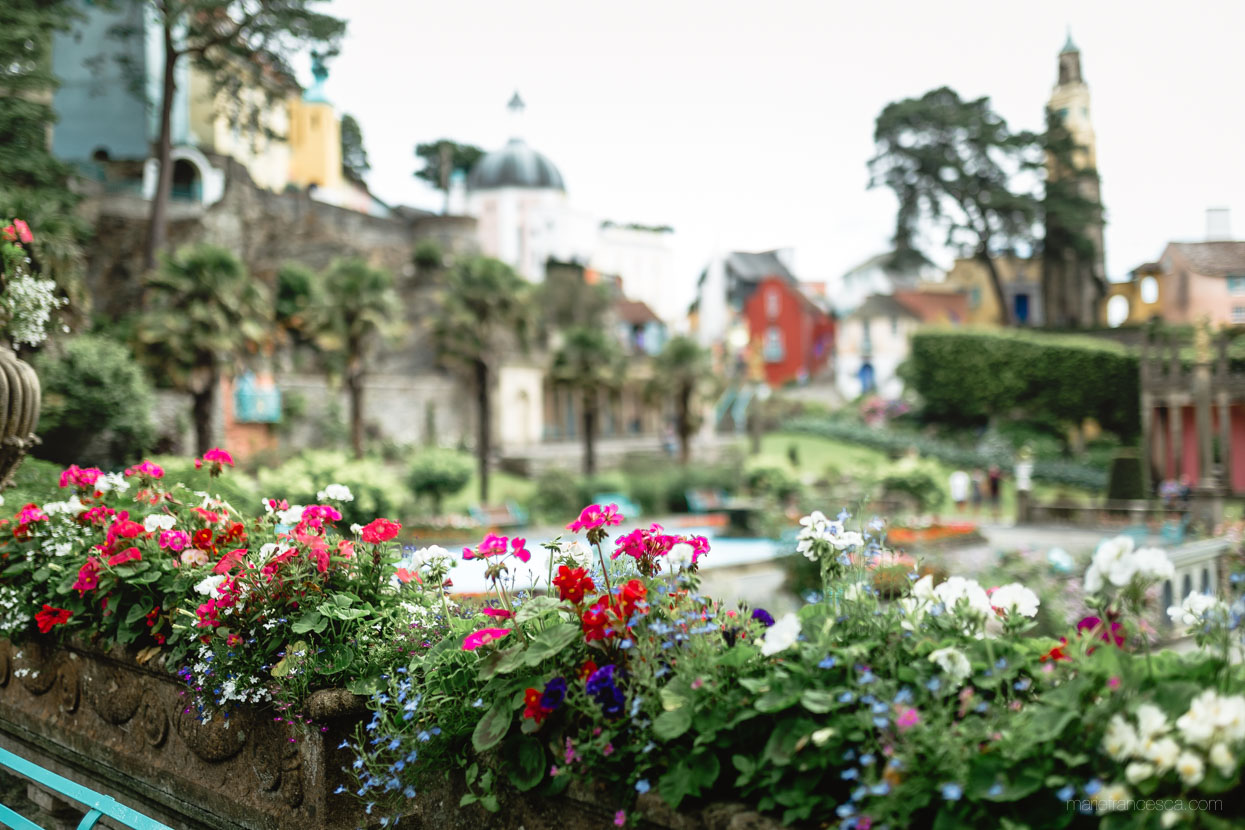 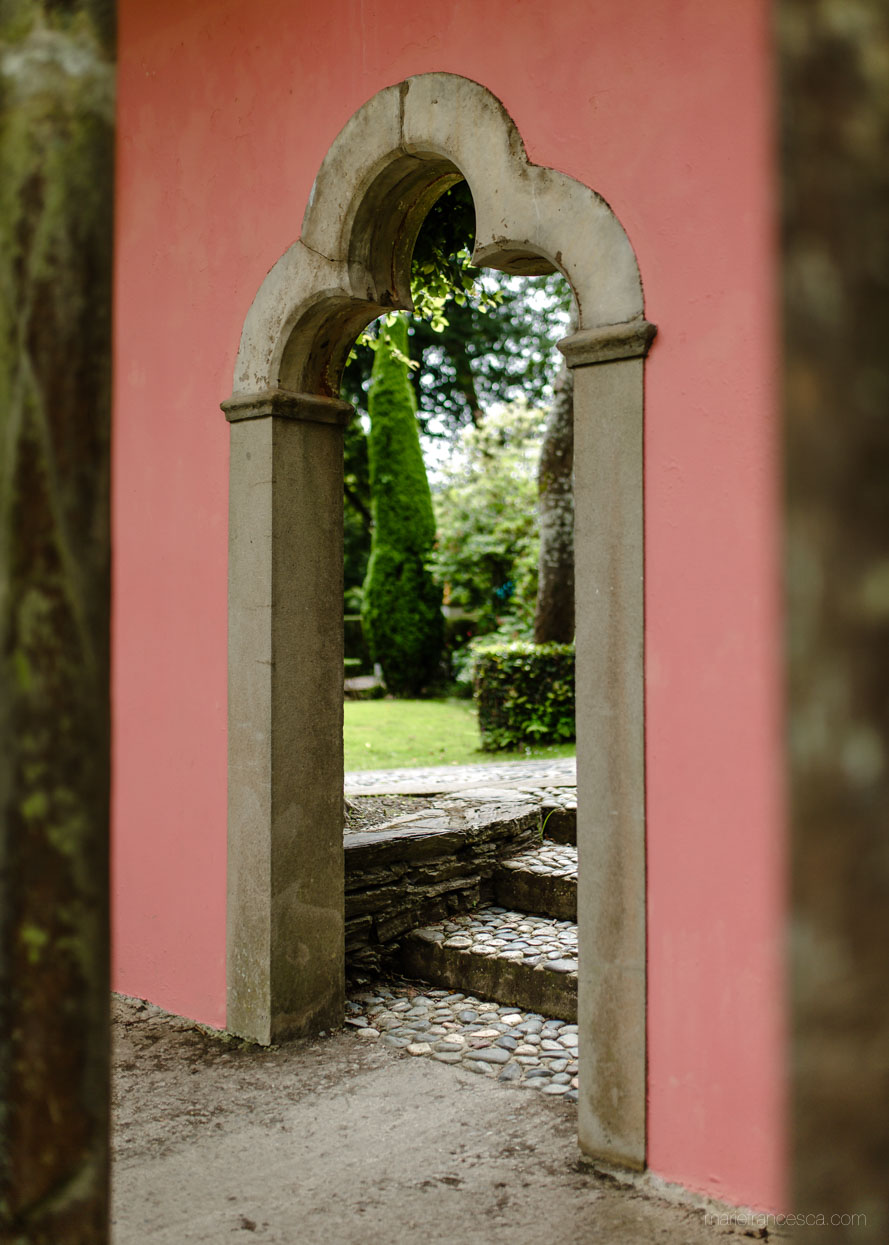 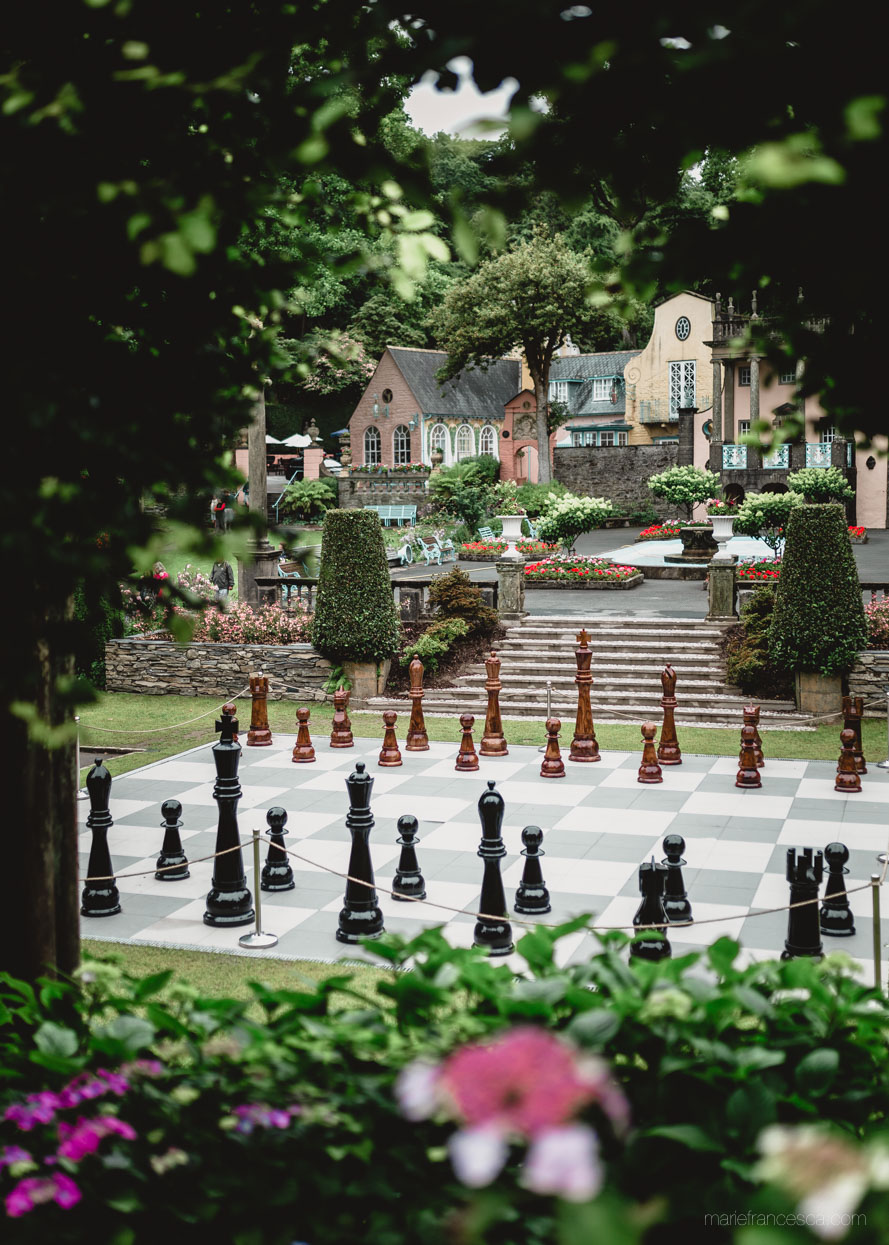 My favourite part of the village were the gardens around the fountain in the very middle (pictured in the cinemagraph at the beginning of this post). I was very impressed by the attention to detail with all of the gardening efforts, as the colourful blooms really brought the whole place to life. The village is open all year round though, and I do imagine it would also be pretty with snow-capped roofs at Christmas. 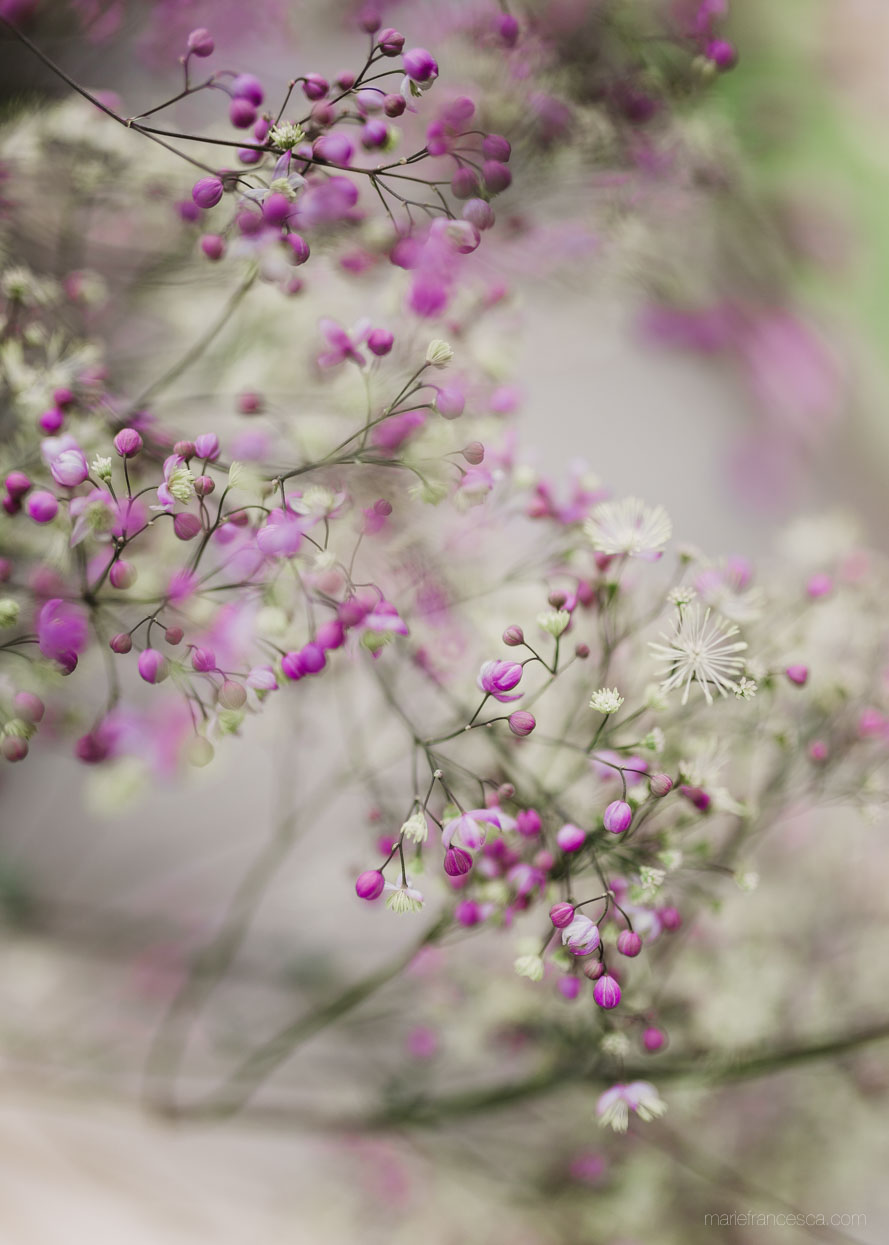 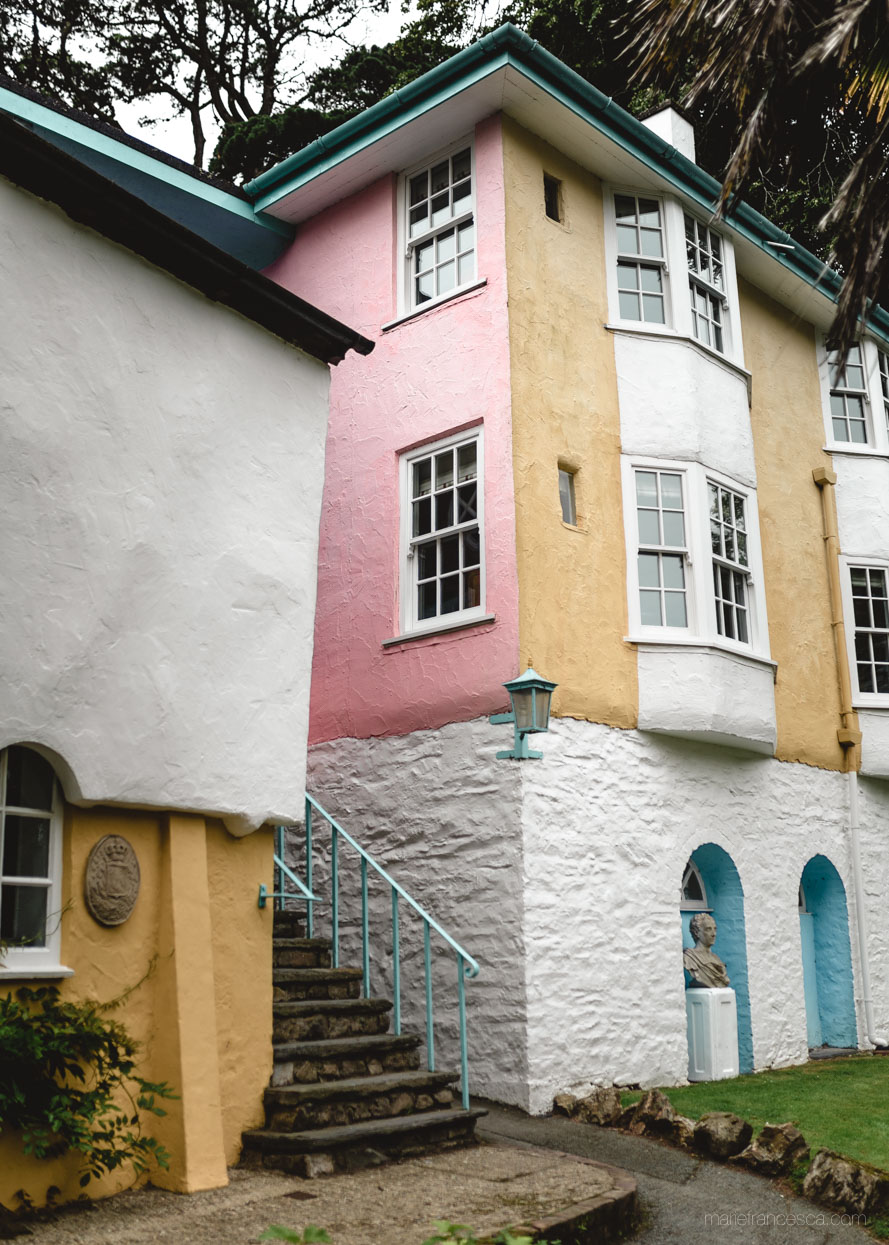 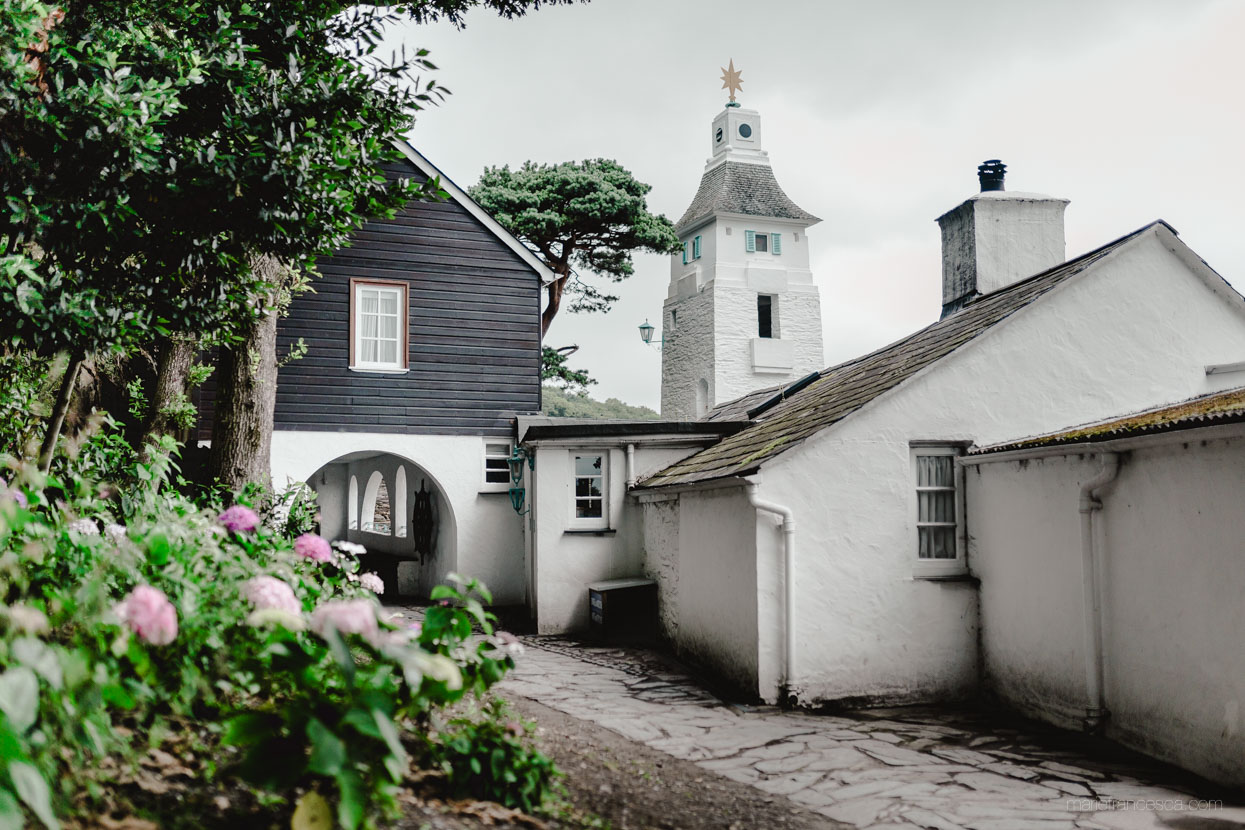 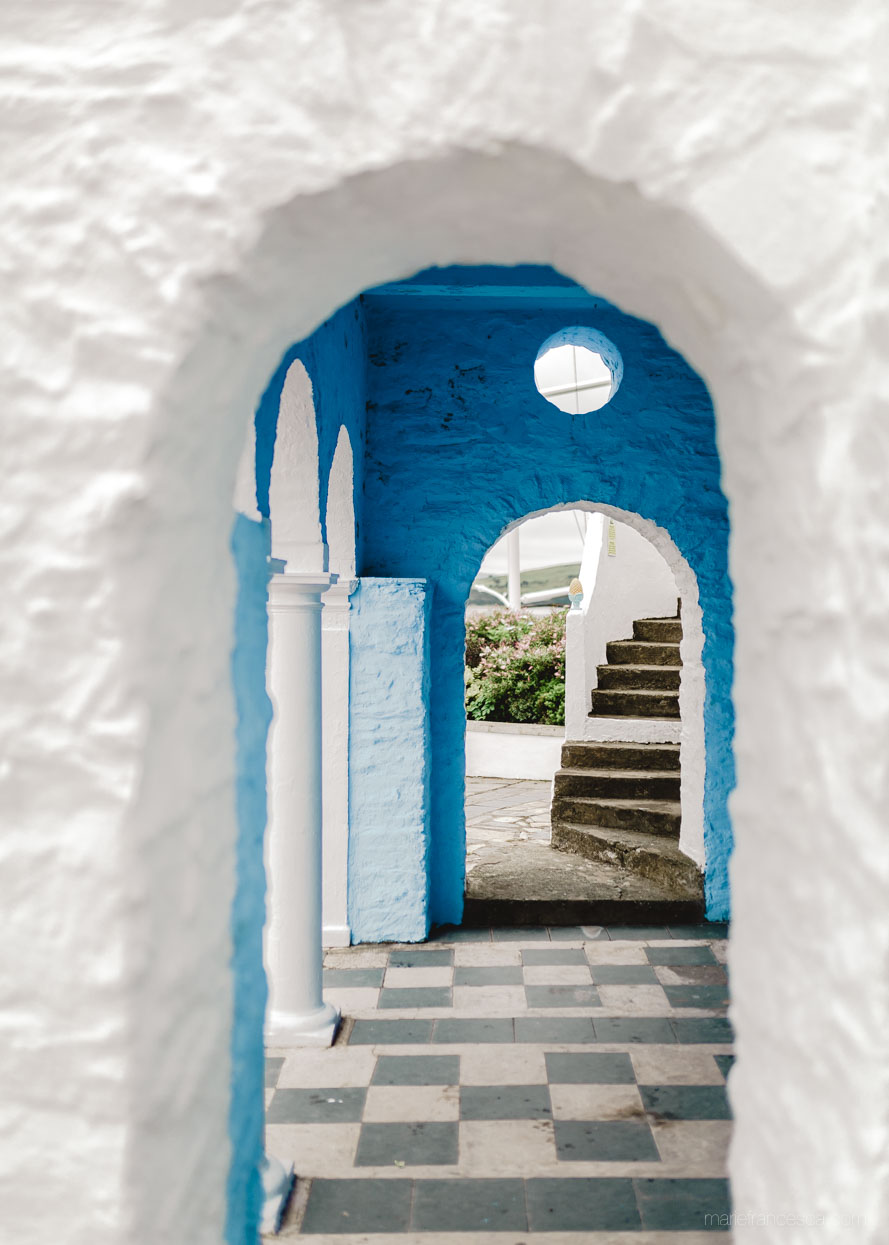 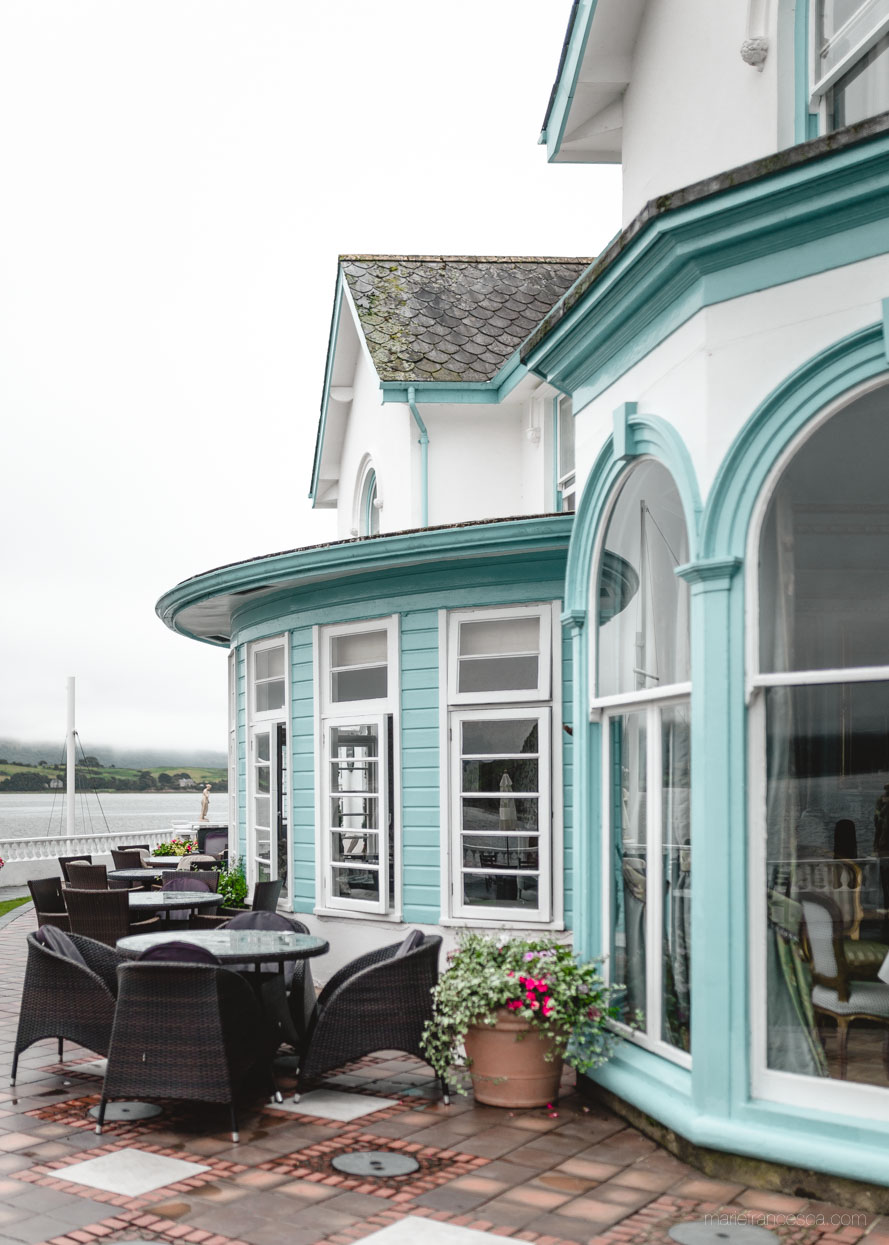 The atmosphere in the village was really relaxed and chilled, I think I’d definitely like to visit for longer so I could sleep over (i.e. pretend I live) in one of the many guest houses for a couple of days. I’ve got my eye on that pink, white and blue one with the cute little steps going up to it because it looks like an ice cream tub, and I reckon it can’t be bad to live in a giant ice cream tub. There is a load more information about the village including the history and maps on their official website if you’re interested in finding out more or would like to visit for yourself! 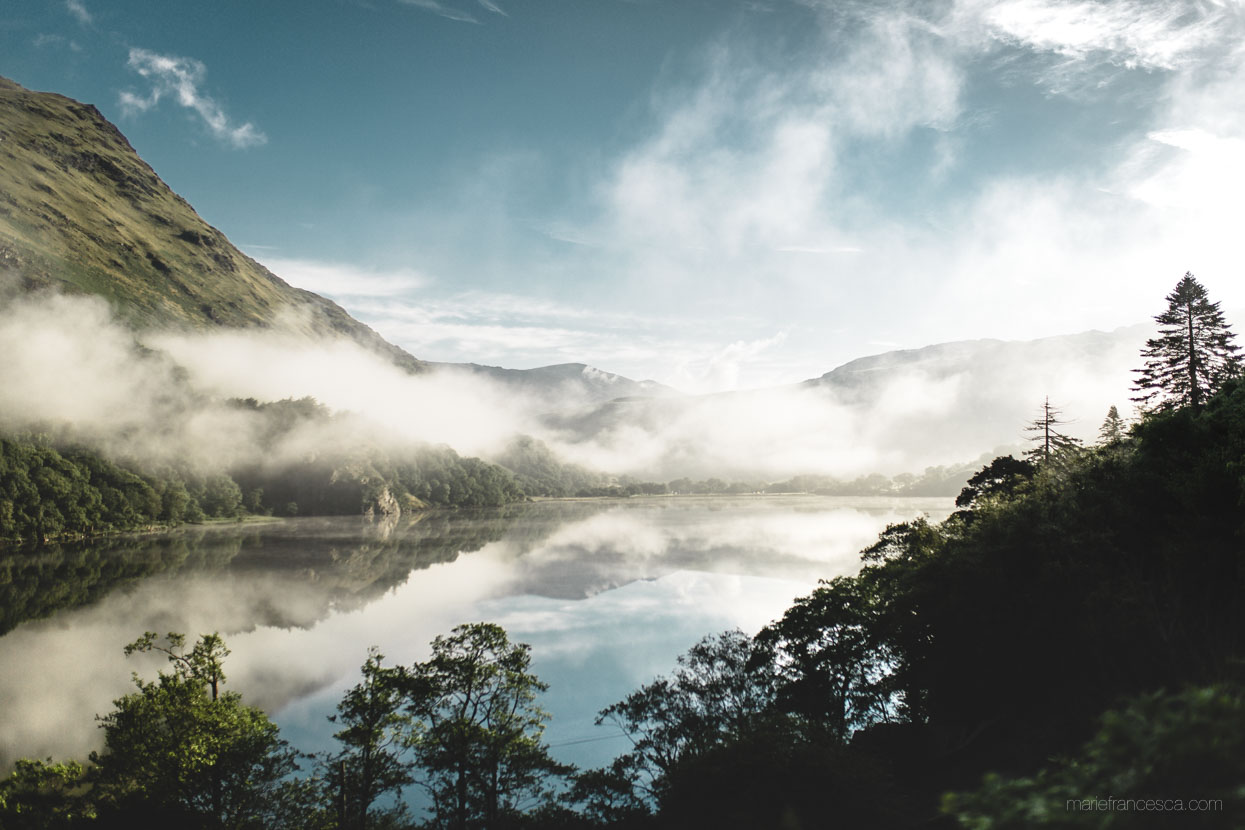 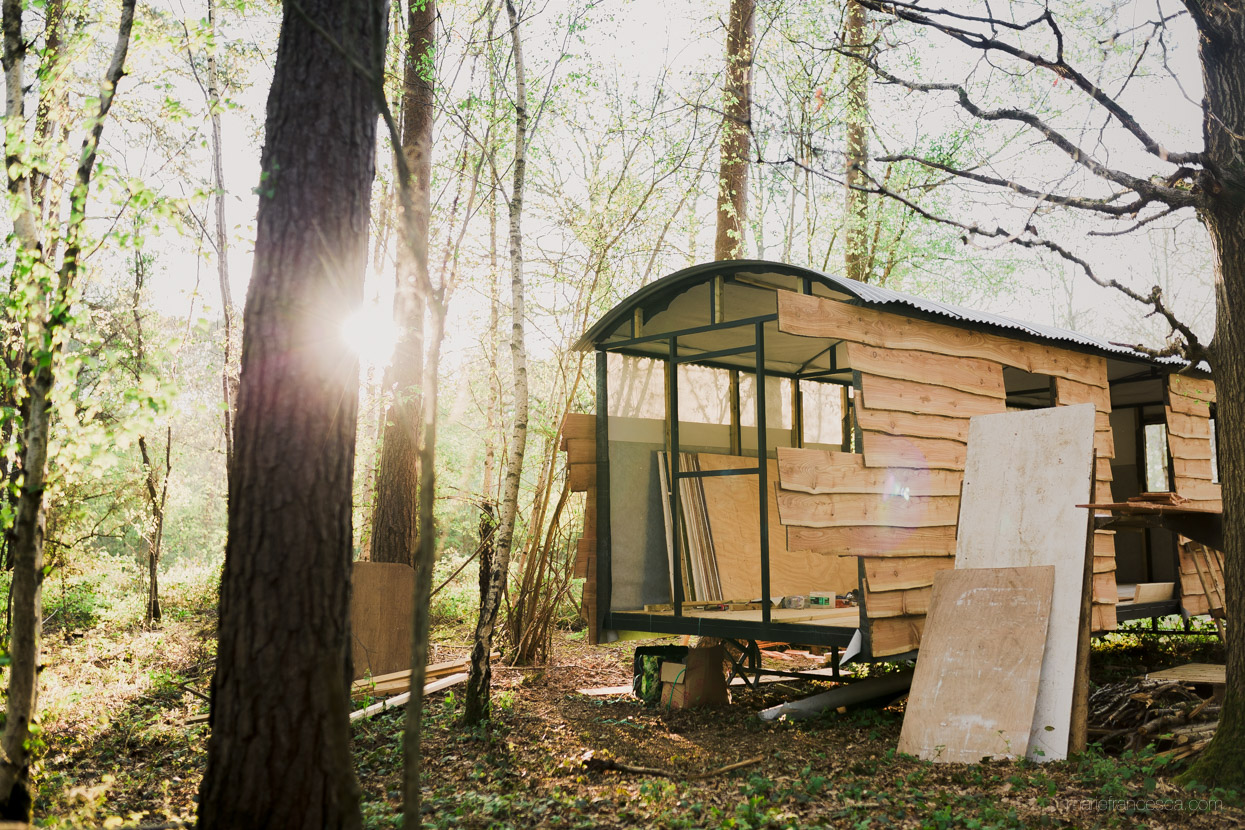 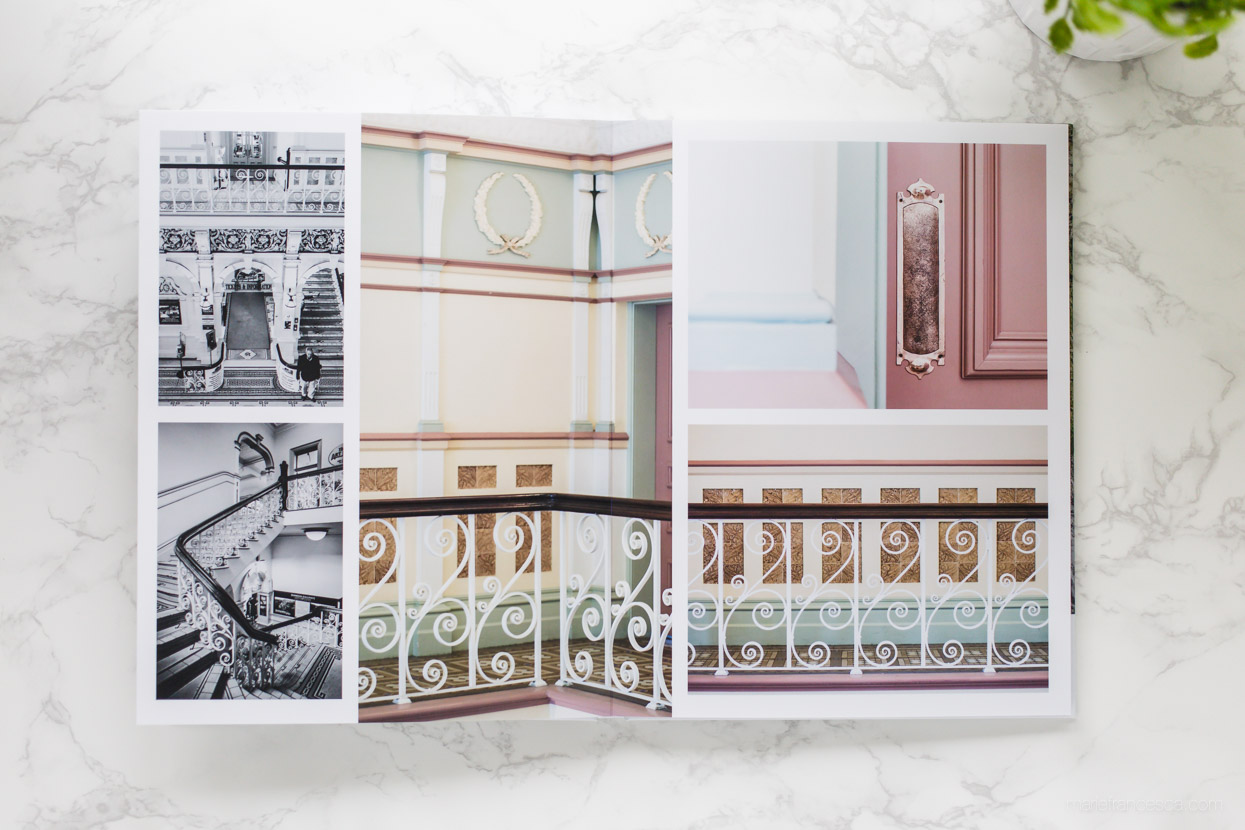